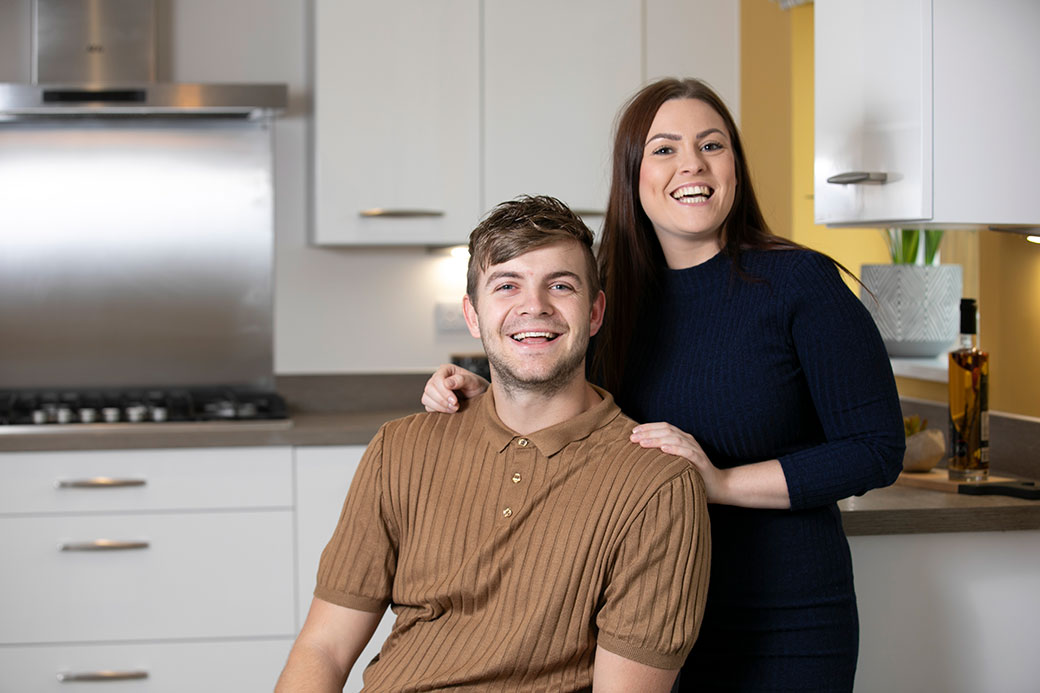 The first homeowners have moved into Egstow Park – a major regeneration project that has seen St. Modwen transform the former Bi-water industrial site in Clay Cross.

St. Modwen Homes is delivering 148 new homes in the first phase of Egstow Park and has seen substantial sales success to date with over 80% of the initial release of 32 homes now sold.

Impressively, 70% of purchasers are first time buyers, with 95% of these using the Government’s Help to Buy scheme; an initiative aimed at making it easier for people to get onto and move up the property ladder thanks to the fact that purchasers only need a 5% deposit and 75% mortgage.

The first homeowners to move into Egstow Park are big advocates of the Help to Buy scheme, explaining it allowed them to purchase their first home much sooner than they’d originally anticipated.

New homeowner Paige Goucher, who purchased a three-bedroom detached Hallvard home with her partner Elliot Dickens, said: “We originally thought the homes at Egstow Park would be too expensive as they looked so beautiful but we decided to have a look anyway and soon discovered that by using Help to Buy we could not only afford a bigger home than we were originally looking at but also move sooner than we thought as well.

“Our original aim was to move into a new home by the end of the year so to have moved in by now is amazing. After initial conversations with various advisors, we were aiming to have saved a £20,000 deposit in the hope of affording a three-bedroom property. In the end, though we only needed a deposit of £11,000 to move into our beautiful new home thanks to Help to Buy. We’re so happy and have already recommended St. Modwen Homes to others – in fact, one of our friends has just secured their first home at Egstow Park too!”

Joanne Winston, Head of Sales North at St. Modwen Homes, said: “It’s wonderful to have welcomed the first homeowners to Egstow Park. The development has got off to a huge success and is one of our most popular sites.

“It’s great to know that we’re helping people like Paige and Elliot move sooner than they originally thought and we’re looking forward to helping even more people buy their ideal home as we release more properties for sale.”

In addition to the new homes, St. Modwen’s regeneration of the area includes a 1,900 sq ft sports pavilion and local sports facilities, as well as a Marston’s family pub and restaurant.

There is currently a range of three and four-bedroom houses available for sale at Egstow Park with prices starting from £182,000 for a three-bedroom semi-detached home.