The senior teams at a Somerset football club have scored some new tracksuits thanks to a donation from St. Modwen Homes.

48 members of the Hutton FC’s First Team, Reserves and A Team have received a tracksuit to wear to games throughout the season after the housebuilder, which is building new homes nearby at Locking Parklands, donated £1750 to the club.

Hutton FC’s first team will be playing in Division three of the Somerset County League in 2018/2019, following a successful season where they finished third in the league.

As well as running senior teams for men and ladies, the club runs an extensive junior section, with teams for both girls and boys from under 6s to under 16s. They currently have around 300 registered players across all their teams.

“The support from St. Modwen Homes is greatly appreciated. The new tracksuits look great and we’ll be wearing them to all of our games this season.

“As a club we try to provide opportunites for people to play in a friendly atmosphere regardless of gender, age or ability and it takes a lot of hard work from a lot of people to help us provide this.

“Support from businesses like St. Modwen Homes really is vital to the running of our club, so we’re extremely thankful.” 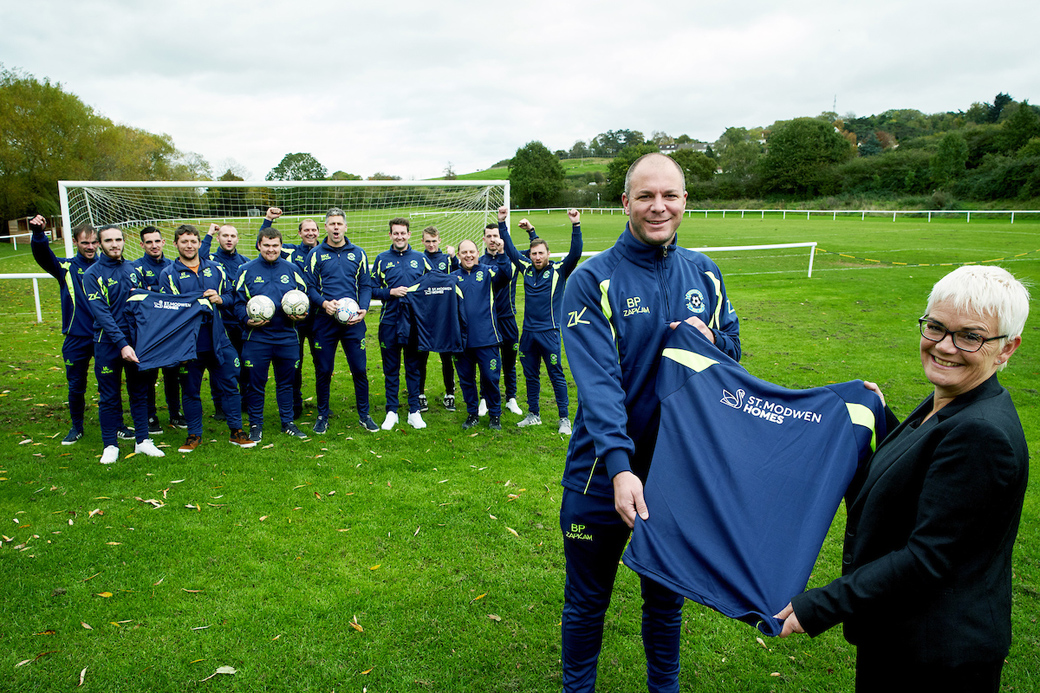 “Clubs like Hutton FC are key to the growth and success of their local communities, and as a housebuilder in the local area it is vital that we support clubs like this wherever we can.

“Huttton FC is a great club which gives people an opportunity to live a healthy lifestyle in a social environment, and we hope the new tracksuits will bring the teams some good luck for the coming season.”

St.Modwen is building two, three, four and five bedroom houses at Locking Parklands and a selection of one and two bedroom apartments.

As well as new homes the development boasts large areas of green open space and mature woodland for new homeowners to enjoy, as well as a recently opened community centre and play area. Moving forwards, the new homes will be part of a much larger development at Locking Parklands which will include new office space, a school, library and a leisure complex.

A range of three bedroom homes are currently available to buy at Locking Parklands with prices starting from £310,00 for a three-bedroom home.