We're operating as normal with safety measures in place - Find out more about our latest procedures now that restrictions have eased. Click hereClose Alert
Useful Links 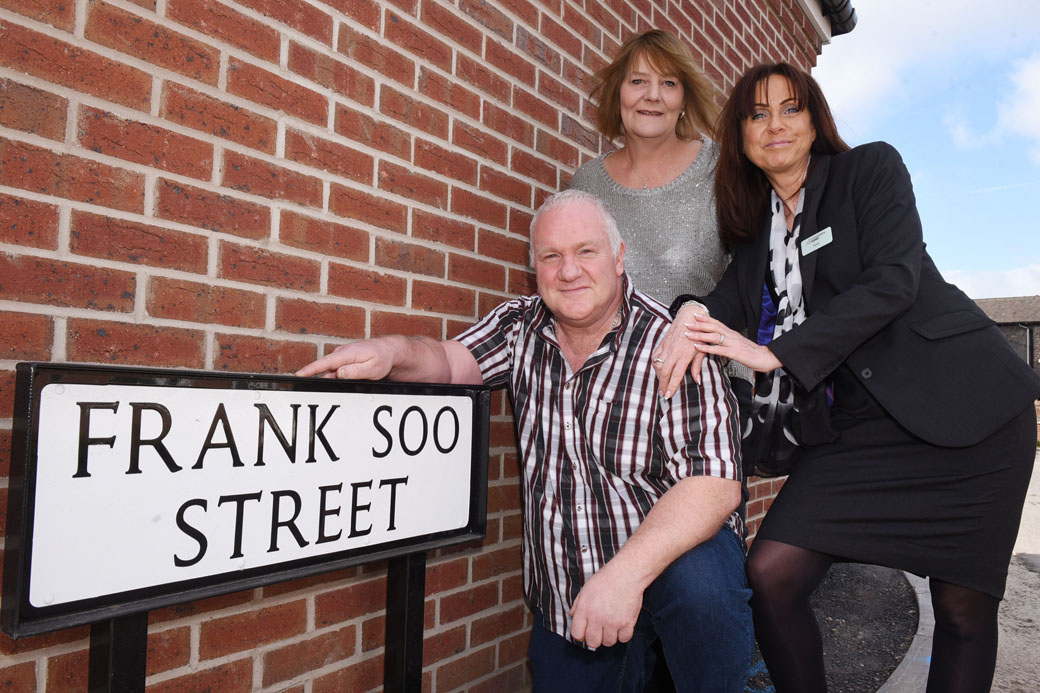 The first homeowners have moved into Stoke-on-Trent’s Frank Soo Street – named after the trailblazing yet largely unknown Stoke City captain who remains the only player of East Asian heritage to ever play for England.

Frank Soo Street can be found at St. Modwen Homes’ Victoria Park development, which is being built on the Victoria Ground – the former home of Stoke City. Determined that the site continues to play a role in the community, the housebuilder has named the streets in honour of legendary Stoke City players, which also include John Ritchie, Freddie Steele and Paul Ware.

Midfielder Soo made his debut for Stoke City in 1933, playing alongside Sir Stanley Matthews. His first appearance for England was in 1942, while he was working at Stoke’s Michelin factory, and later games came while he was in the RAF, but his nine caps are deemed unofficial as the wartime games are not recognised by the Football Association. Frank also represented Stoke City, Everton and Chelsea during the war, and went on to be a successful football coach, mainly in Sweden, with a pioneering focus on players’ fitness and healthy lifestyle. But despite his illustrious career, he is less well known than his contempories such as Matthews and Joe Johnson.

None of the Frank Soo Street homeowners had heard of him before now, but they all say they are thrilled to live on the road. Jane Copeland isn’t a football fan, but her grandad Frank Goddard was a huge Stoke City supporter. After he died in the early 1990s, his ashes were scattered on his beloved Victoria Ground, and his daughter also arranged for a brick to be dedicated in his honour at the new bet365 Stadium. “With links to both my Grandad and Frank Soo, it makes living here even more special,” she said.

Stoke City season ticket holder Sean Allen, who has moved into a Kemble house type with his partner Chloe Goodwin, added: “I have been a season ticket holder since the age of 10,” he explained. “I went to the last ever match at ‘The Vic’ and when I found out homes were going to be built here I was determined to live in one! It wasn’t until I moved onto Frank Soo Street that I actually found out who he was but now I am delighted as he was a very skilful player and made a huge contribution to the game. He definitely deserves more recognition.”

Fellow homeowner Danny Munro is a Charlton Athletic fan, but thinks it’s a great idea to pay tribute to former great players – whatever the team! He said: “It’s a very nice touch and helps us remember the contribution of the players.”

A foundation has been set up in Frank Soo’s name with the ultimate aim of promoting Frank’s legacy and successes as well as promoting sports and healthy recreation within the East Asian communities. The Frank Soo Foundation believes that sport is a great way to improve cultural relationships and Frank’s story is one of significant importance in that regard.